You've heard of "six degrees of separation?" That we're all connected somehow by a friend of a friend in six or fewer steps? According to a recent poll through a Facebook algorithm, with the advent of social media, it's now even less than four.
If you're visiting here, we're one step apart, although we haven't formally made our acquaintance.
You may know of the party game, "Six Degree of Kevin Bacon?" It's kind of a trivia thing where you start with an actor and by association through movies you get to Bacon, with a capital "B," with the fewest steps.
Mr. Bacon doesn't know me from a hill of beans, but I'm closer to him than he may care to think.

First, my ex' brother played Drew Pigeon opposite Bacon in the movie, "Mystic River." I still haven't seen the movie, but I read the book! Second, my friend's son was producer of the very moving HBO special, "Taking Chance," starring Bacon. Thirdly, the crazy drunks that came up with the game went to my alma mater, long after I graduated, so I've not met them nor have I played their game.
I just know these things.

Sally, I dedicate this post to you because you like to know things. And you have relatives in Maine.

So do I. My parents live there. I visited many a time, long before they retired there.
It's a big state, with a lot of wilderness. Logging is big business and so are potatoes. But the best thing is Acadia National Park, which is celebrating its 100th birthday, as is the whole of the National Park System. 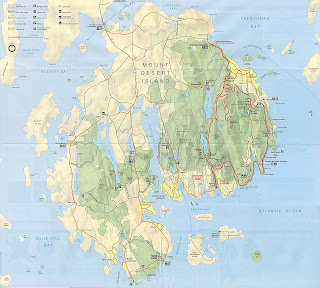 The view of the Atlantic from Cadillac Mountain is awesome and one of the first spots in the US of A to see the sun rise. The crashing surf, the rugged granite rocks, the scent of salt air and spruce.

Lobster! Need I say more?!
Oh, and it's home to the ONLY fjord in the lower 48, Somes Sound. 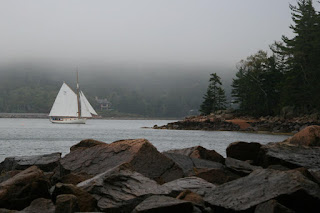 This is important information because "fjord" is the word of the day at the EIM. I've only seen Somes Sound once; I remember the family driving alongside one summer. Tall spruce and firs, granite rock, clear blue skies. (And more lobster). 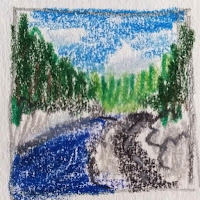 Not far from there is Mount Desert Rock lighthouse. It literally sits on a rock. 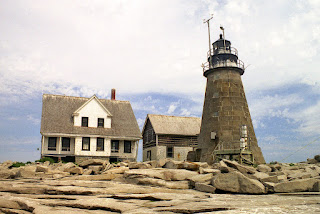 There is also a Mount Desert Rock lighthouse here in Arizona. On Lake Havasu are fully functional scale models of famous lighthouses created to aid navigation on the lake. (Lake Havasu is also home to the London Bridge. It migrated). 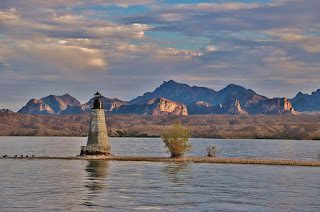 You can walk right up to this one, I guess. We have a boat trip on Havasu on our bucket list, to see all the little houses.

In the meantime, we're watching 16 Tons of Monty Python. We're up to the 10th ton. Or, if we're somewhere with television, the Olympics in Rio de Janeiro. Are you? There must be a few tangly people watching as the theme at the Diva this week is the Olympics. I squeezed three out of the five rings into a square. 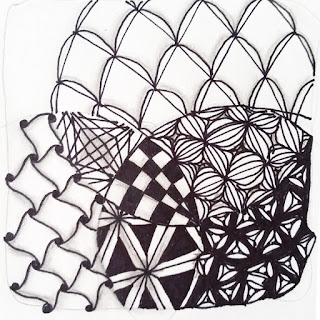 It's more Venn diagram than modern athletics, but I'm not minding it. Consider it a visual representation of just three degrees of separation.
I guess we're not really separated at all.

Some of my Favorite websites